NVIDIA today launched its GeForce RTX 20-series graphics card family based on
its ambitious new "Turing" architecture. Launched 18 months from "Pascal,"
Turing comes at a time when advancements in silicon fabrication node technology
are unable to keep pace with roadmaps of major chipmakers who traditionally
brought out a new architecture based on a new process every 18–24 months. In an
ideal world, we should have gone sub-10 nm already, which NVIDIA would have
leveraged to bring the "Volta" architecture to the consumer-space for another
serving of "more of everything." The "Turing" architecture packs a collection of
innovations that were needed to build a new GPU on existing silicon fab
processes.

At the heart of NVIDIA's effort is the RTX Technology, which brings what looks
like real-time ray tracing to 3D games. Not everything on your screen is ray
traced, but some of the objects are; and so, a hybrid of ray tracing and classic
rasterization makes up what you see.

To ray trace even those few things on your screen, an enormous amount of compute
power is needed, and so NVIDIA created specialized hardware for the task in the
form of RT cores, which sit besides the all-purpose CUDA cores. The Tensor
cores, which made their debut with "Volta," also feature here, lending a hand
with deep learning and AI tasks, including a few turnkey features game
developers can integrate. The new architecture also keeps up with generational
gains in memory bandwidth with the new GDDR6 memory standard. The display I/O is
revamped with support for the latest DisplayPort and HDMI standards, and a
revolutionary new connector called VirtualLink. .
Baca Selengkapnya 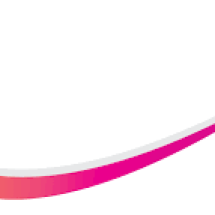