'It is the product which the micro-live concentrates various kinds of nitrobacteria and cultured. Nitrobacteria start an increase immediately when I put it in the water tank as it is with an activator and fix the condition of the water. Necessary water wound ""'"" period can expect an effect shortened dramatically for several months by using it for normal water quality management at the time of time to set a water tank at newly and water change for adequately.
'Long-term preservation and the breeding restraint of the various germs except nitrobacteria realized it by devising a nourishment source of the nitrobacteria of the infinitesimal in micro-live solution. When I save it at room temperature in a cool and dark space (around 10 degrees Celsius) for approximately one year, the active life of nitrobacteria during a micro-live is about 2-3 years.
'Generally, it was thought that the bacteria perished when they exceeded 30 degrees Celsius, but, as for the nitrobacteria during a micro-live, the ammonia decomposition activity of 99% was confirmed after the examination by a 40 degrees Celsius consecutively 8-day promotion examination (the examination that assumed the maximum temperature of the day equivalency as 40 degrees Celsius a month). On the other hand, it was more than 45 degrees Celsius, and activity decreased remarkably.
'The various kinds of nitrobacteria which concentrate it, and were cultured in the micro-live inside let the nitrification fungi that increase speed is very late make prompt increase and convert ammonia and nitrous acid which are harmful to a fish into nitric acid relatively harmless early. As a result of adding a micro-live 50mL at the time of water tank (45cm, 35L) setting, and having measured a change of the quality of the water, with the water tank which added a micro-live, ammonia nitrogen decreased approximately one week later, and the decrease of the nitrite nitrogen was confirmed successively, too.
Baca Selengkapnya
Lainnya di toko ini
ZooMart
ATMAN AT-3337
Rp 700.000
Jakarta Utara 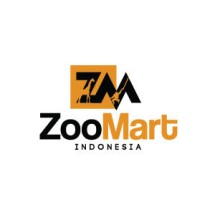